It is no secret that Western civilization is under siege. Outside the gates, the world demands a share of the wealth as well as the power that the West enjoys. Inside the gates, the Western way of life is challenged by those who demand fundamental change in the direction of social justice.
Upon closer inspection, Western civilization evinces a divergence within itself. It proves to comprise two blocs, with opposing agendas and opposing ideologies. The one bloc is located within the Anglo-American orbit, the other within the orbit of Continental Europe.
This explains the drive toward European Union. The EU gives formal shape to this ideological coherence among the Continental European nations.
By the same token, it explains the drive toward “Brexit” in the United Kingdom, the UK being part of the Anglo-American orbit.
This perspective opens the door to understanding the dynamic of global politics. Far from being a case of the “West versus the Rest,” the global political dynamic is driven by this divergence within Western civilization itself. The drive toward global governance, universal jurisdiction, the normalization of the sexual revolution, the climate change agenda, are all expressions, not of the rest of the world, but of the West, and within the West, of the Continental European bloc.
This also explains why the USA inevitably stands in the way of the Continental European agenda. Its tradition, its ideology, is fundamentally other, and the two cannot be reconciled.
And it explains unrelenting anti-Americanism even in the USA itself, propagated by media, academia, even political parties. The ideological split runs right through American society, weakening it from within. For the one tradition is home-grown, the other is imported.
How are we to explain the divergence? Where did these two opposing orientations come from? What more can be said about their conflict, and what will be the result of it?
These are the questions raised in A Common Law. Published on the 20th anniversary of the first edition, this second edition includes the first edition in its entirety, and supplements it with running commentary as well as additional material bringing the issues forward to the situation post-2016. 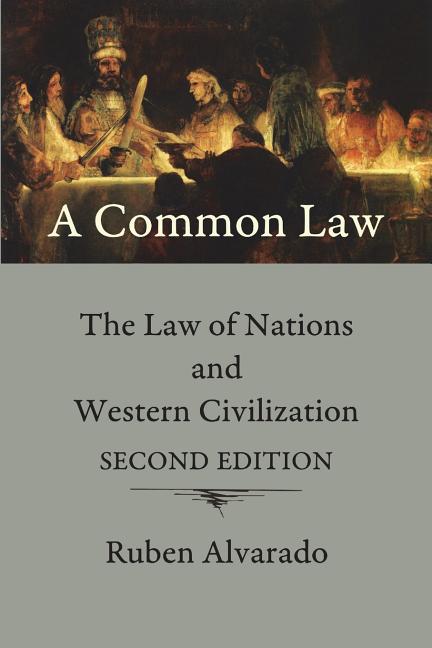