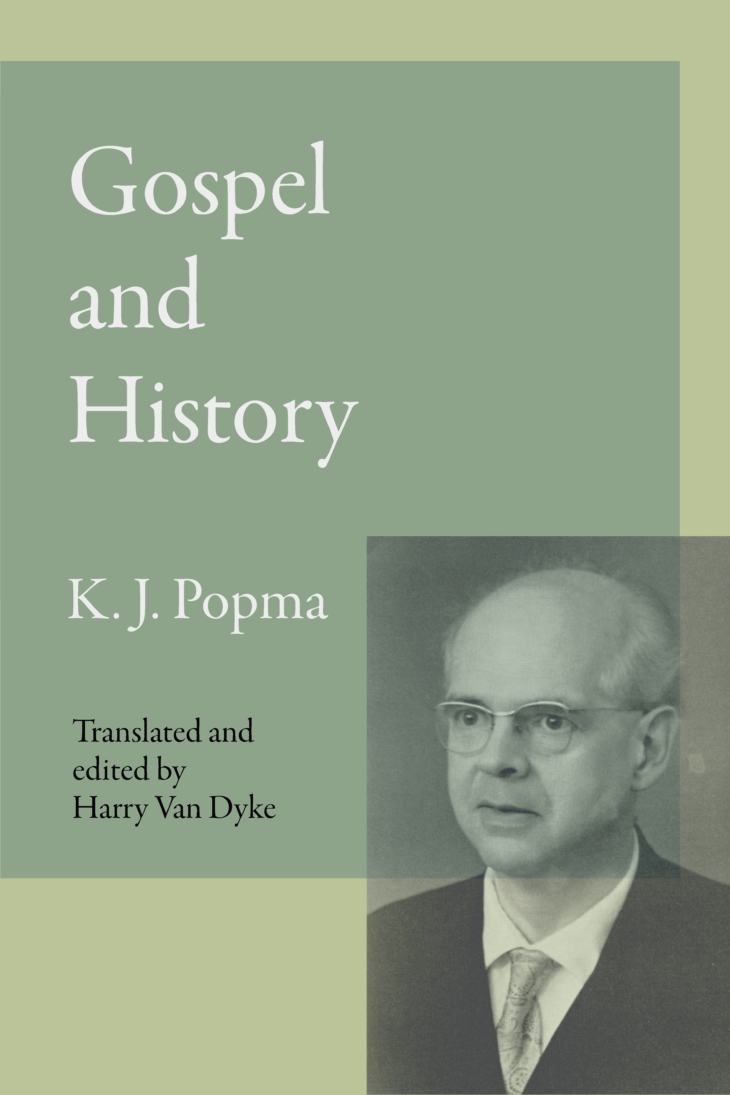 Gospel and History picks up where Scriptural Reflections on History left off, but with the added benefit of some 30 years’ experience of life in church and society between them – indeed, the entire post-war period of the recovering 1950s and the revolutionary 1960s. A lot of water had gone under the bridge, and this was also true of Reformational philosophy. Theology in many respects was turning liberal, and Popma spends a great deal of time refuting the rationale behind that turn, the supposed need to keep up with the times, to keep in step with “modern man.” For its part, true historical understanding must take the Biblical narrative into account, and more than that, it must take it seriously. For example:

“We, by virtue of our very humanity, [are required to] make the personal acquaintance of the first human pair, inexperienced and innocent as they were. That is a difficult assignment, but it is not impossible, so long as we are prepared to enter a relationship that makes us as it were contemporaries of Adam and Eve. ‘Modern man’ so-called—Is he really that modern? Or is that modernity a mere excuse to back out of his simple human task?—’modern man cannot accept this,’ that is to say, he refuses to accept this. That has been the case throughout the ages. It’s not at all ‘modern’” (p. 167).

And—“It is exceedingly foolish… to aver that this (as such mythical) modern man cannot accept the ascension of Christ. The unanswered (and for now unanswerable) questions relative to Christ’s ascension into heaven existed already for the apostles who had witnessed the ascension with their own eyes. Our historicity does not differ all that much from that of people who lived two thousand years ago. Babbling about ‘modern man’ can call up pseudo-problems whereby the real difficulties are hidden from view” (p. 186).

“’Modern man’ is supposed to have discovered, with the cultural means of ‘modern’ times, that, viewed from a ‘modern’ perspective, demons do not ‘exist,’ although they did exist for the apostles because their cultural pattern left lots of room for the ‘existence’ of demons, cosmic powers, spiritual forces of evil. A historicism of this kind brings with it the need for a general revision and invalidation of the biblical message” (p. 187).

In opposition to this, a Scriptural, gospel-oriented view of history must take these data into account as “hard facts” (the title of another of Popma’s scriptural explorations), and when that is done we arrive at a new vision of history, one which stretches back even before the material creation to that of angels and demons, and takes the entirety of history into account from that point onward, precisely as salvation history. The action of God in history is a series of judgments which seem ineffectual but which in actuality bring forth a new world, revealed at the Last Judgment.

And history extends onward into the future beyond that final judgment. For there is no real end to history, except for those cast into outer darkness, who as such are no longer allowed to participate in it. “History was already there when God through the Mother Promise declared history to be salvation history…. history will still be there when salvation will have been accomplished: after Judgment Day and the resurrection of the flesh, history will continue—one might even say: then history starts in earnest, in the second and last Paradise, which will far eclipse the first in glory. The cultural mandate will go on; its field of activity will be immense” (p. 83).

All in all, “the meaning of history consists in this, that God wants to unite all things in Christ, things in heaven and things on earth” (p. 98). In Popma’s hands, history becomes a far greater thing than we can even imagine – and rightly so.

K. J. Popma (1903–1986) was a teacher of classical languages and a special professor of Reformed philosophy at the universities of Groningen and Utrecht.