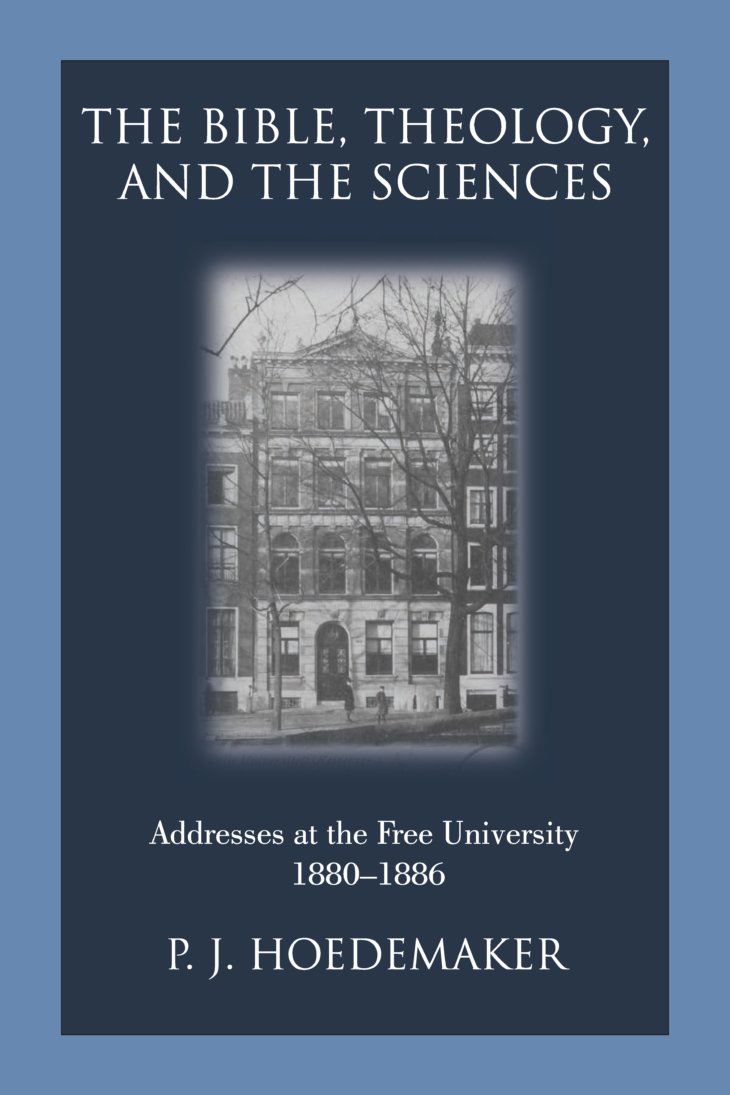 What is the relationship between science and Scripture? Is it, as so many believe, no relationship at all? But how could that be the case, if God indeed has spoken?

This question stood front and center in Philippus Jacobus Hoedemaker’s mind as he set himself to justify the existence of the Free University in Amsterdam. Indeed, the task of that university was precisely to integrate Scripture and theology with science, in so doing to establish the circle of the sciences and arrive at the truth in a harmonious and coherent whole.

As he here puts it: “The word ‘apart from Me, you can do nothing’ is also true in natural life. Science and philosophy likewise receive in Christ the key of truth, and need the light of the Holy Spirit. Loose, incoherent truths, isolated subject studies, correct data and logical inferences, do not yet guarantee pure knowledge. It could be asserted with just as much right that the sun could be taken away from our planetary system without causing any confusion, as that it were possible to conduct science in the right way without regard to Holy Scripture, or while one is unbelieving and hostile to the Christ of God. Individual truths stand in such a connection to the truth that only in that connection do they form one harmonious and coherent whole” (p. 124).

Hoedemaker’s efforts to pursue science on the Reformed basis, in which the Bible and theology play a central role, is chronicled in the addresses included here. The “Dedication” given at the founding of the university explains the intention in broad strokes. “The Antirevolutionary Principle and Higher Education” provides a thorough justification of the Reformed basis of the university.

In the centerpiece of the book, Hoedemaker conducts a five-lecture historical investigation “Between Scholasticism and Cartesianism: Lectures on Historical Reformed Theology and Philosophy.” Here he analyzes, compares, and contrasts the Reformed principle vis-à-vis its main antagonists in the Dutch university context – Cartesianism and rationalism, Roman Catholicism, and Lutheranism – and explores the question as to whether, and to what degree, Reformed theology can be considered a continuation of Scholasticism.

In “Church and School” he once again justifies the existence of the Free University and its Reformed principle. And in the provocatively titled “ Why Study Theology at the Free University?” he confronts his students with the question, are you simply seeking a paying position somewhere, or is your heart committed to pursuing the truth, to putting science on its proper basis, regardless of the cost? The question was anything but academic, as the university was not accredited and its graduates could count on employment neither in the national church nor in civil government.